The 10 most expensive areas in the U.S. to get a home inspection 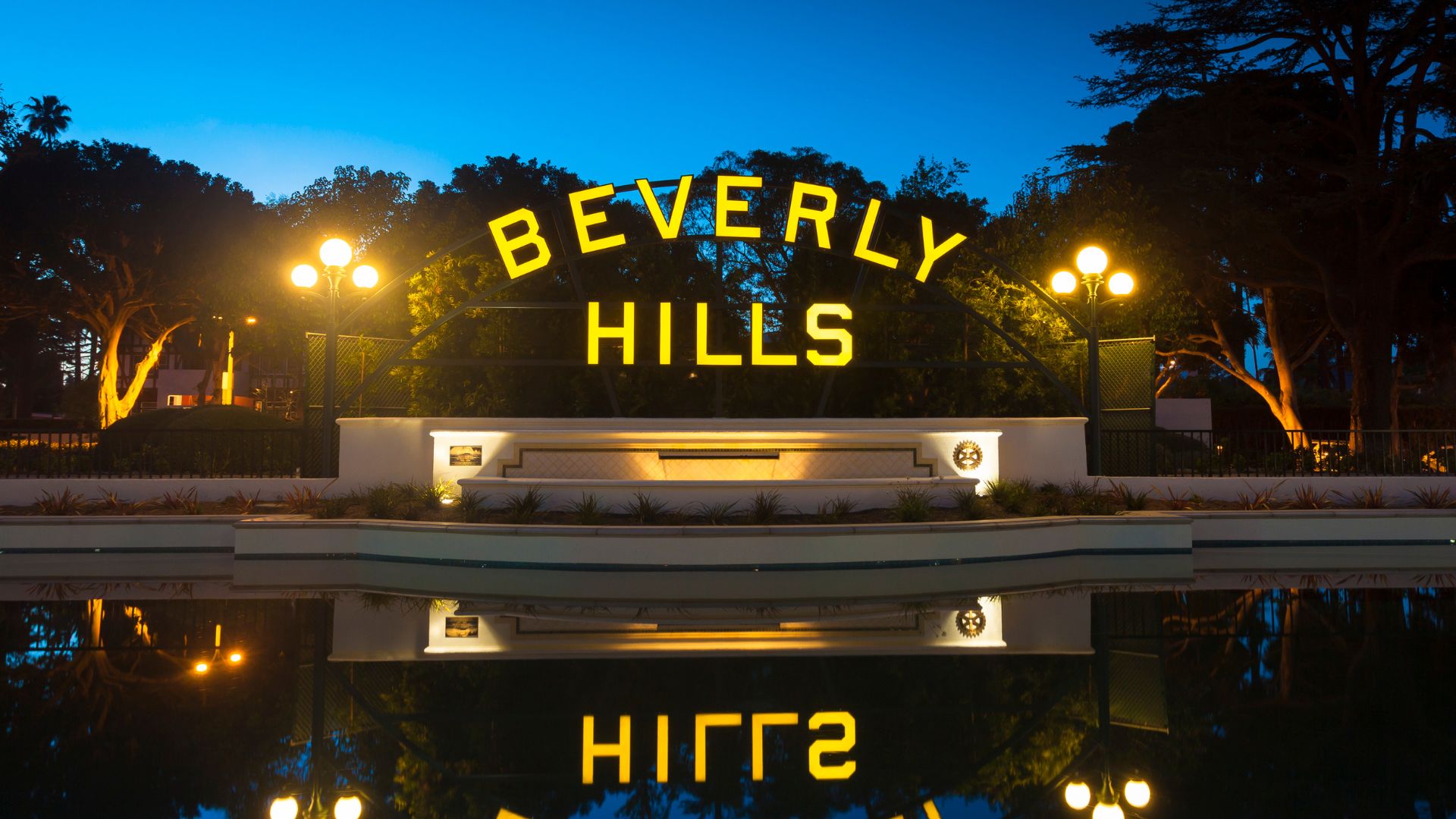 I listened to over 100 home inspector interviews, here's what I heard over and over.

As we gear up for another year of home inspection, having strong and recent data to make your 2023 plans is important. We've been exploring recent home inspector data in our Spectora Deep Dives. Today, we're taking a look at the most expensive towns to get a home inspection in the US.

Before we start, we should stress that all of these places are more than triple the national average price of a home inspection. That price is $438 as of November 2022. All of the areas on this list are unique markets with special conditions and/or very strong markets.

Where does the home inspection data come from?

This data comes directly from the Spectora app, using data from literally hundreds of thousands of home inspections. The data is based on the average inspection quotes for every zip code in America (including Canadian and Australian postal codes as well, though they are a very small percentage.)

Some small zip codes may be less accurate if there have been just a handful of inspections. Some towns are remote and sparsely populated, having only have a couple dozen inspections. Others have tens of thousands. For this report, we only used zip codes with more than 50 inspections.

This data is not a snapshot in time. It reflects several years of inspections, of which it's generally been a strong housing market.

What about my area?

We have a searchable list of the average home inspection quote for (nearly) every zip code in America here. It also includes Canada and Australia. 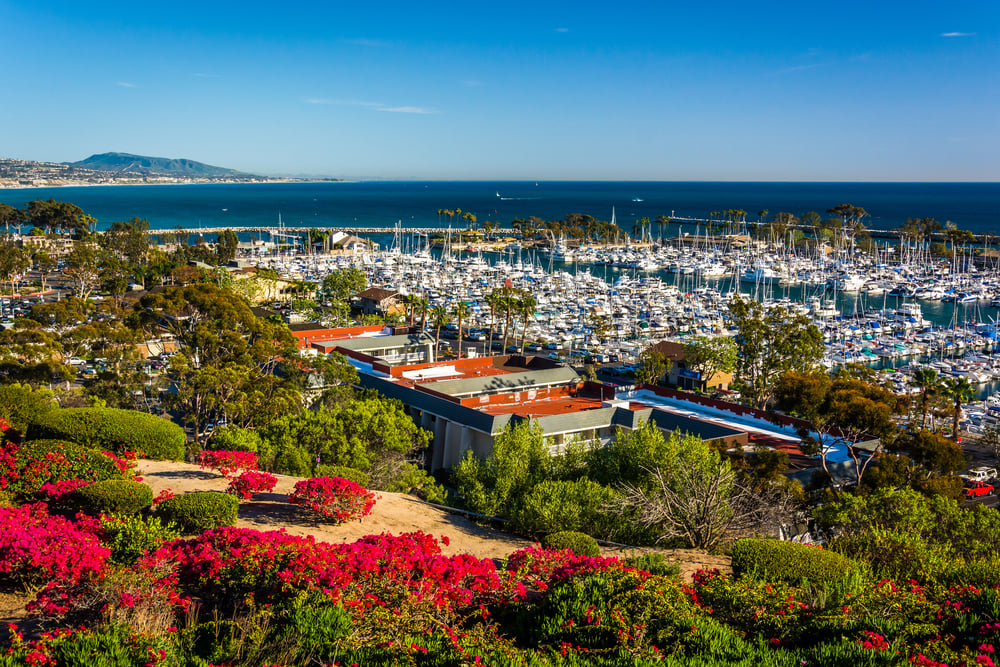 Yorba Linda is a city located in Orange County, California. The city has a population of around 71,000 people and is located in the eastern part of Orange County, approximately 35 miles southeast of Los Angeles.

The housing market in Yorba Linda is considered to be fairly expensive, with the median home price being around $1.2 million in late 2022. The city is known for its affluent neighborhoods and high-end homes, with many properties featuring large lots and upscale amenities. The demand for housing in Yorba Linda is generally high, with a limited supply of available properties on the market. As a result, home prices in the city tend to be higher compared to other areas in Orange County, which is already and expensive market. 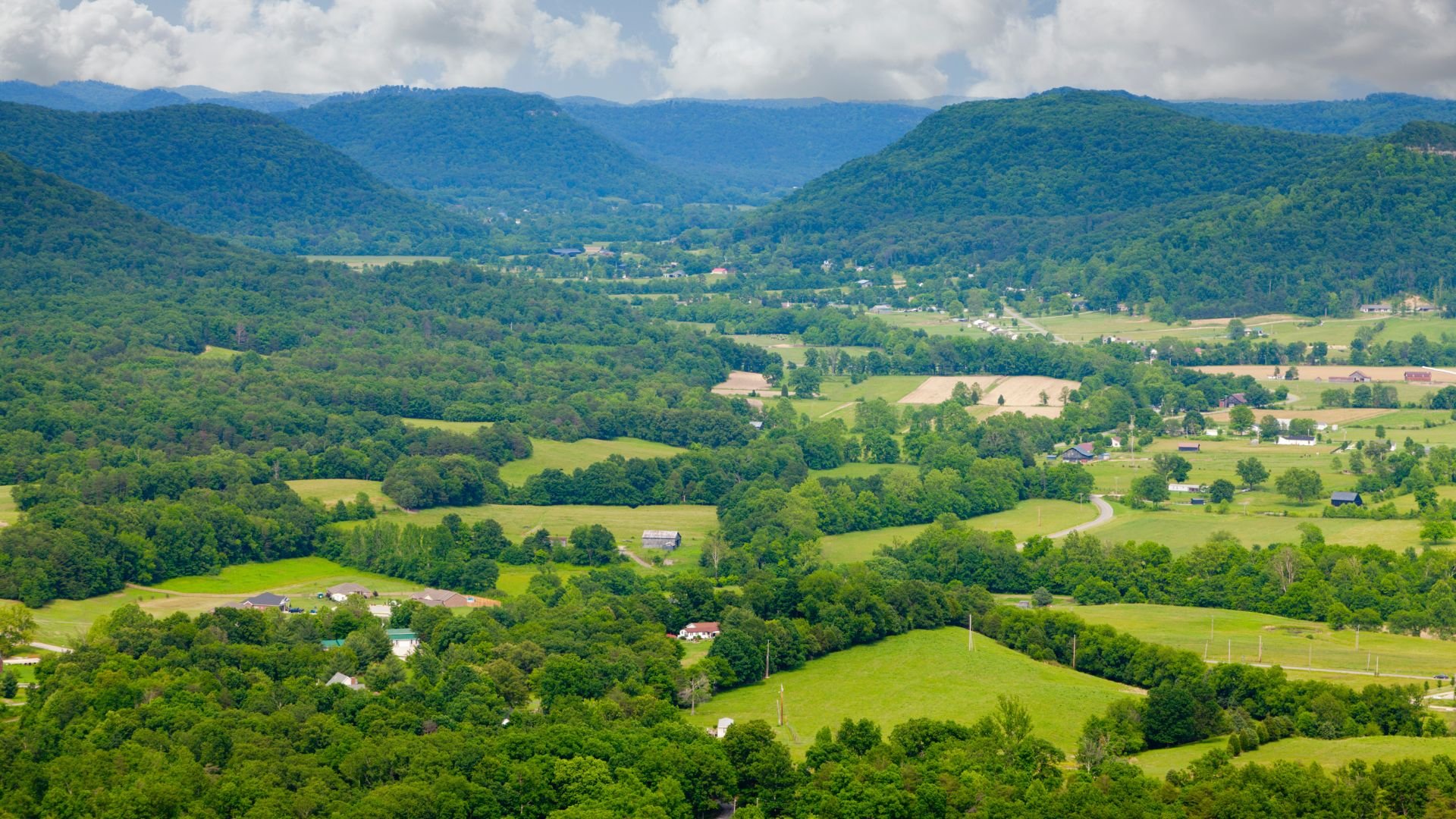 Campbell County is a county located in the northern part of Kentucky, in the Cincinnati metropolitan area. It is the fourth most populous county in the state, with a population of around 90,000 people. The county seat is located in the city of Newport, which is situated across the Ohio River from Cincinnati, Ohio.

The county is home to a number of successful businesses, including Procter & Gamble, which has a large presence in the area. The strong local economy and proximity to Cincinnati have made Campbell County an attractive place to live and invest in real estate.

The real estate market in Campbell County is diverse, with a mix of urban and suburban areas. The median home price in the county is deceptively low: around $250,000. But major metropolitan areas near the city mean sky high inspection costs in the outlying suburbs. The county is known for its historic neighborhoods, with many properties featuring charming architecture and large, well-maintained yards. 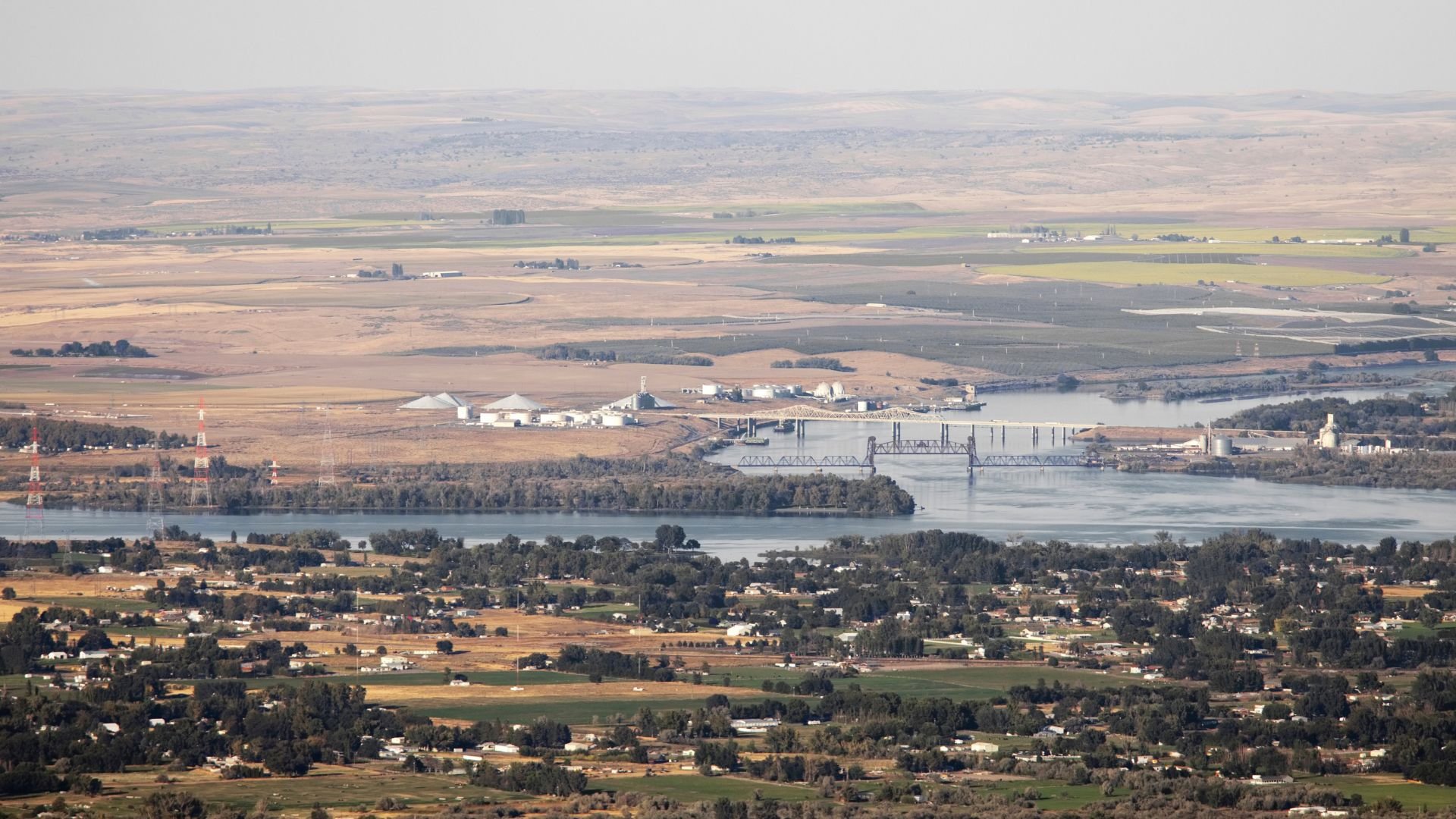 Woodland is a city in the southwestern part of the state. It is situated along the Columbia River, approximately 30 miles northwest of Portland, Oregon. The city has a population of around 6,000 people and is known for its picturesque setting, with forests, rivers, and mountains nearby.

The demand for housing in Woodland is high, due in part to the city's proximity to Portland and the attractive natural setting. The rural setting also has many large properties with significant acerage.

The strong local economy and attractive setting have made Woodland an attractive place to live and invest in real estate. Zillow puts the median home price at $599,000. 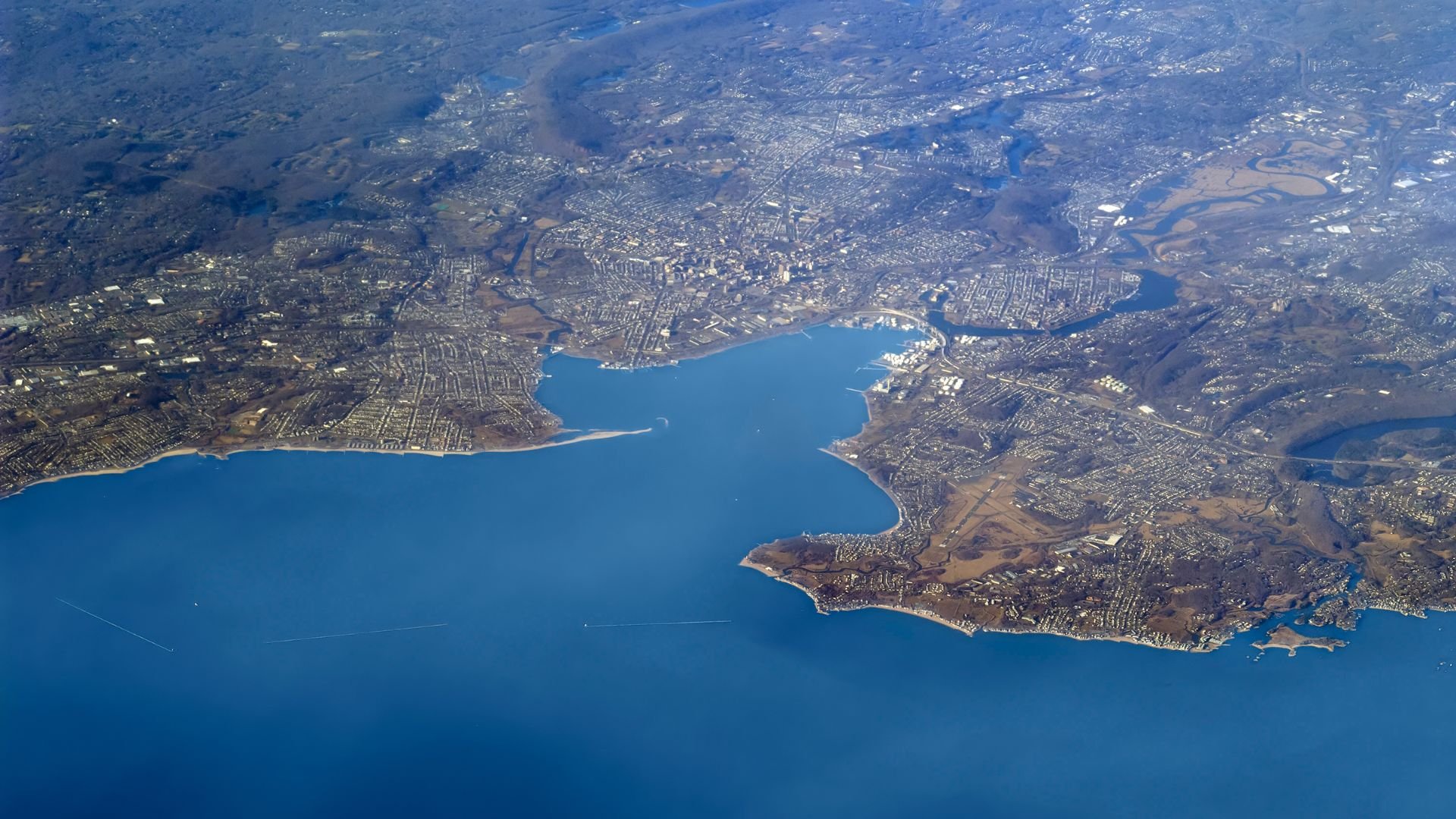 New London County is a county located in the southeastern part of Connecticut, along the Atlantic coast.

Towns like Stonington and  Groton have properties valued in the millions. There are also a number of historic properties available, with charming architecture and well-maintained yards. The demand for housing in the county is generally high, due in part to the county's proximity to New York City and Boston, as well as the attractive natural setting and strong local economy. 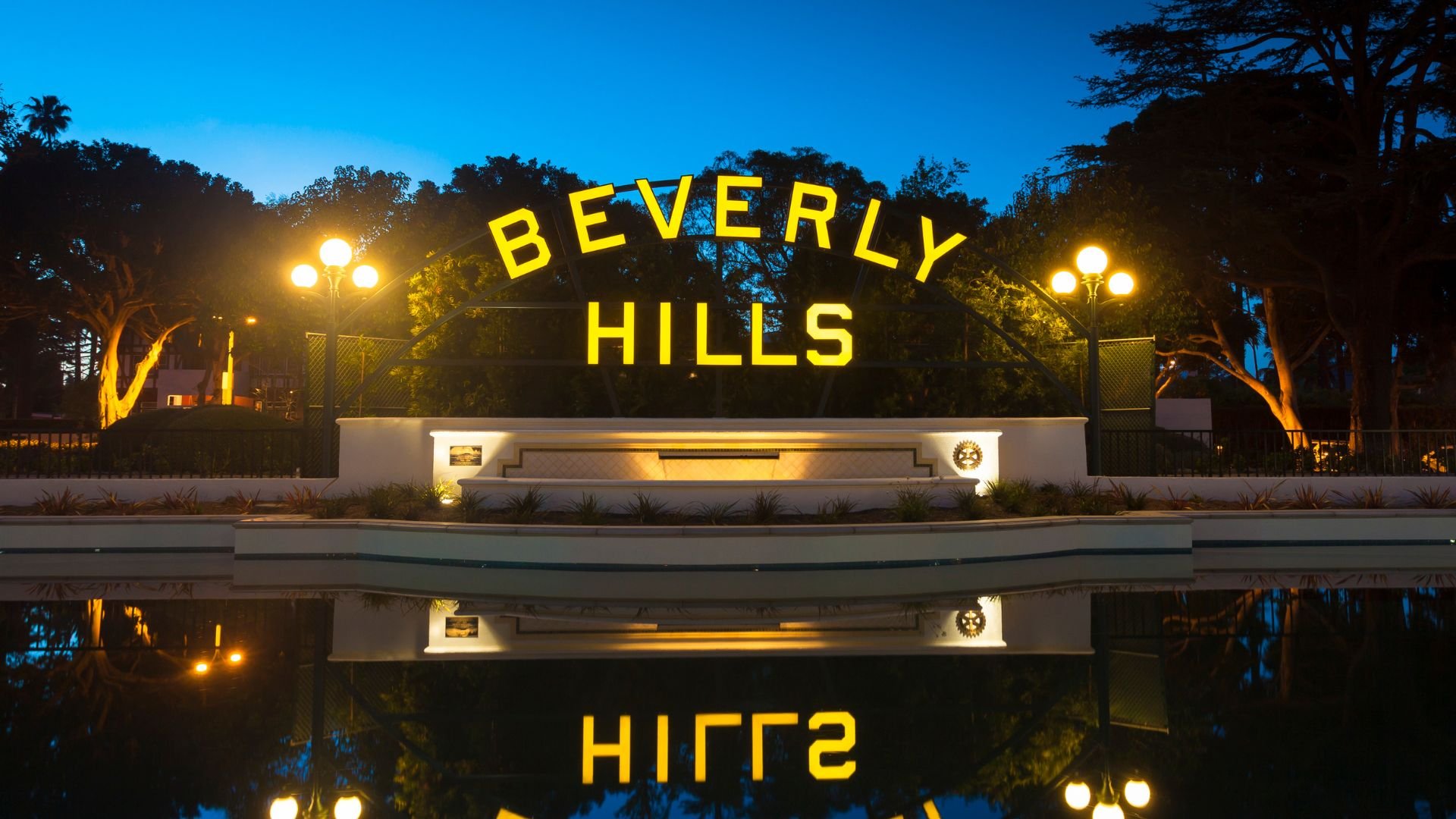 To no one's surprise, Beverly Hills is an expensive place to get a home inspection. We probably don't need to explain much. Beverly Hills is home to some of the most expensive real estate in the country, with the median home price being over $4 million. The city is known for its large, lavish homes with upscale amenities and large lots, which drive up the cost of housing. Huge square footage numbers drive up the costs of inspections. 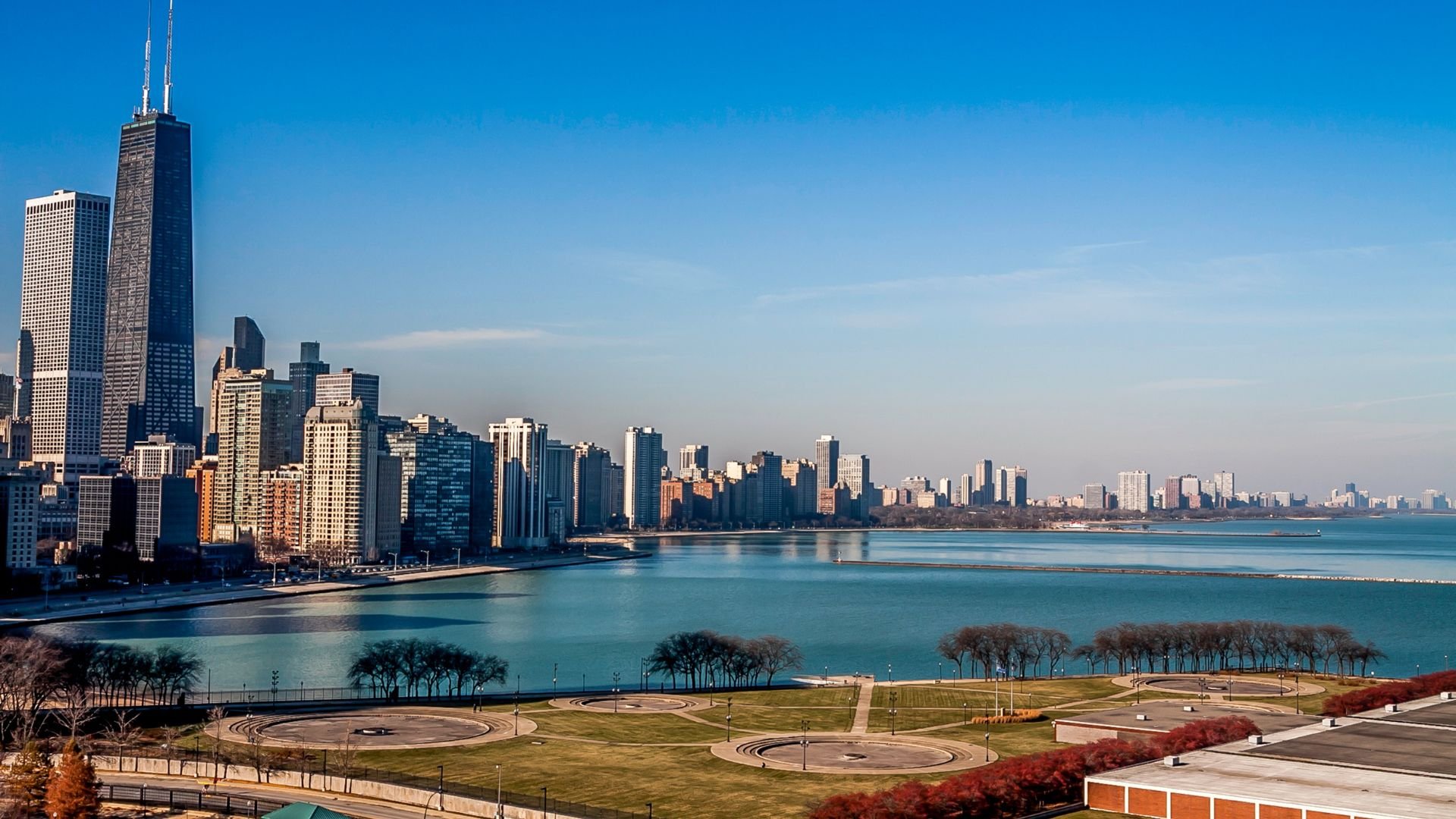 Lake County encompasses the Chicago area, as well as the city of Waukegan, which is situated along the shores of Lake Michigan. You can imagine that both settings have sky high property value, and houses near lakes are typically large and require some extra steps in a home inspection. The median home price in the county is a modest $350,000. 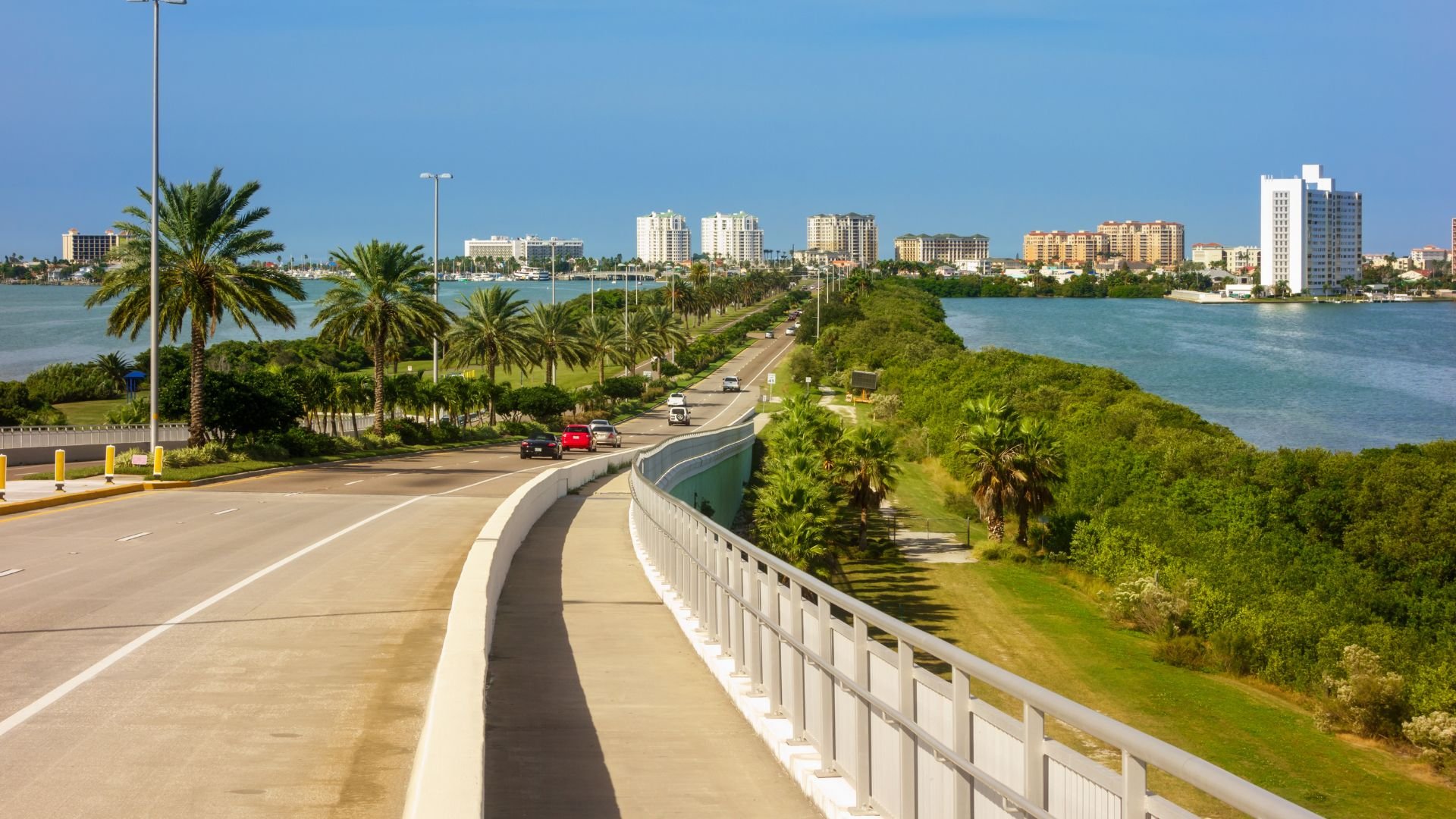 Pinellas County is located in the western part of Florida, on the Gulf of Mexico. It is the most densely populated county in the state, with a population of around 1 million people.

Beach towns like Bealleair Shore have luxury homes that come in with a whopping median home price of $7.5 million dollars. 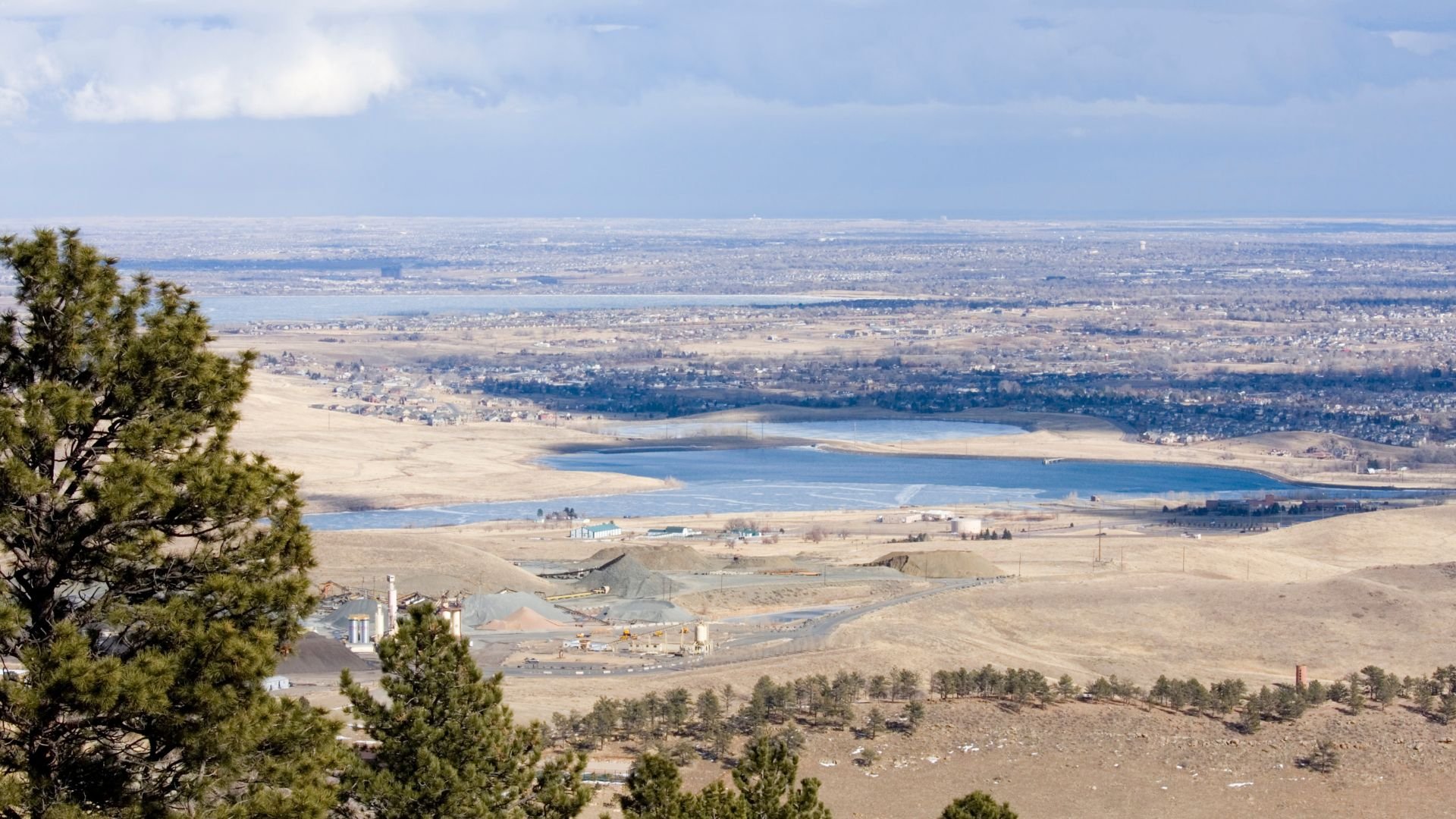 Denver needs no introduction (Spectora is headquartered here!) It's housing market has some reasonable options, the median home price is $450,000. But upscale neighborhoods like Greenwood Village and Cherry Hills Village sell for $1 million dollars or more. 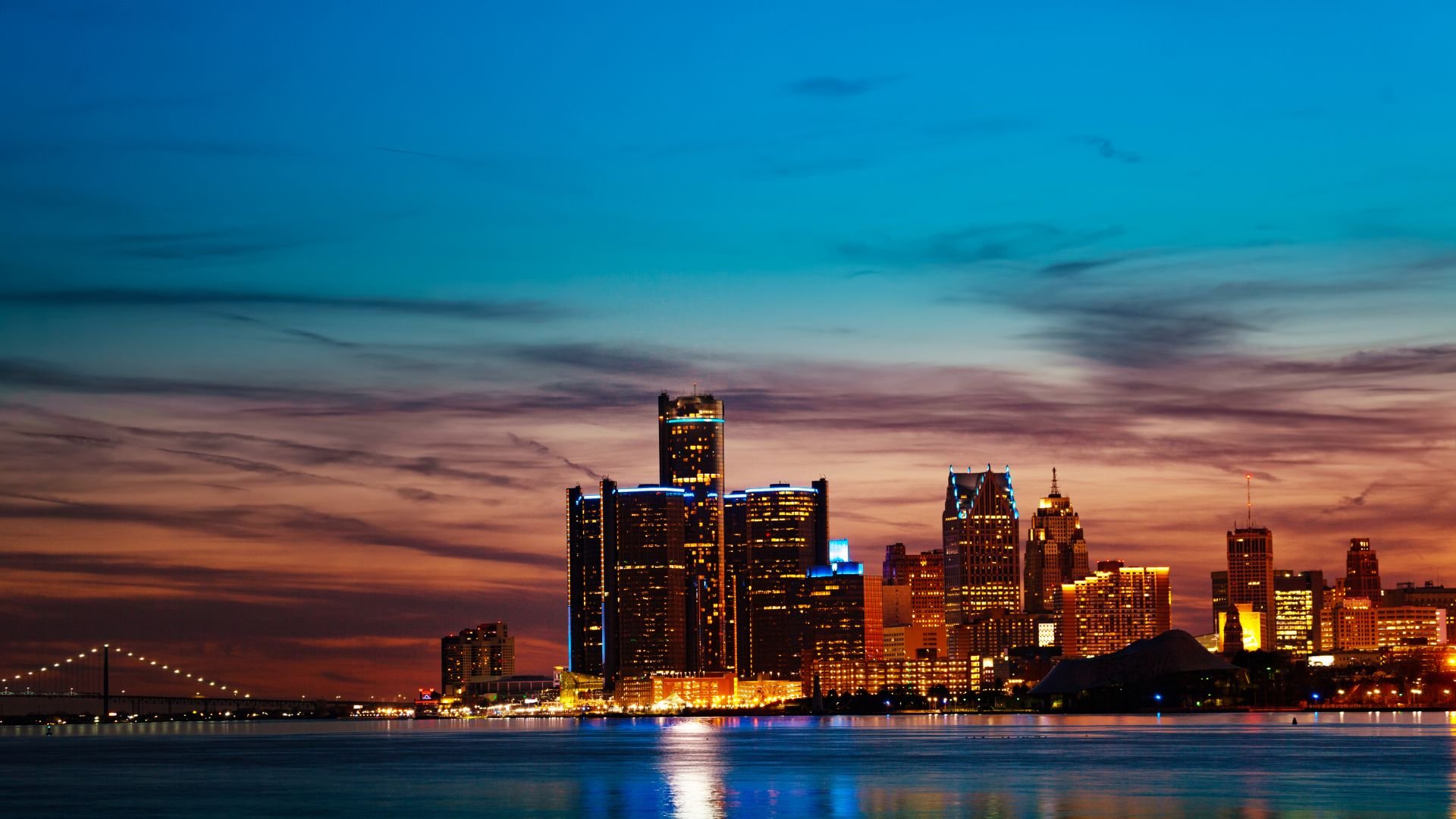 Detroit has many suburbs with historic homes and highly competitive real estate.

Grosse Pointe is a city located on the eastern edge of Wayne County, known for its upscale neighborhoods and high-end shopping and dining destinations. Interestingly enough, the median home price in Grosse Pointe is around $500,000, which is expensive but not as high as some other towns on this list. Other suburbs like Northville have large properties in secluded areas outside the city, and may be driving high inspection costs as well. 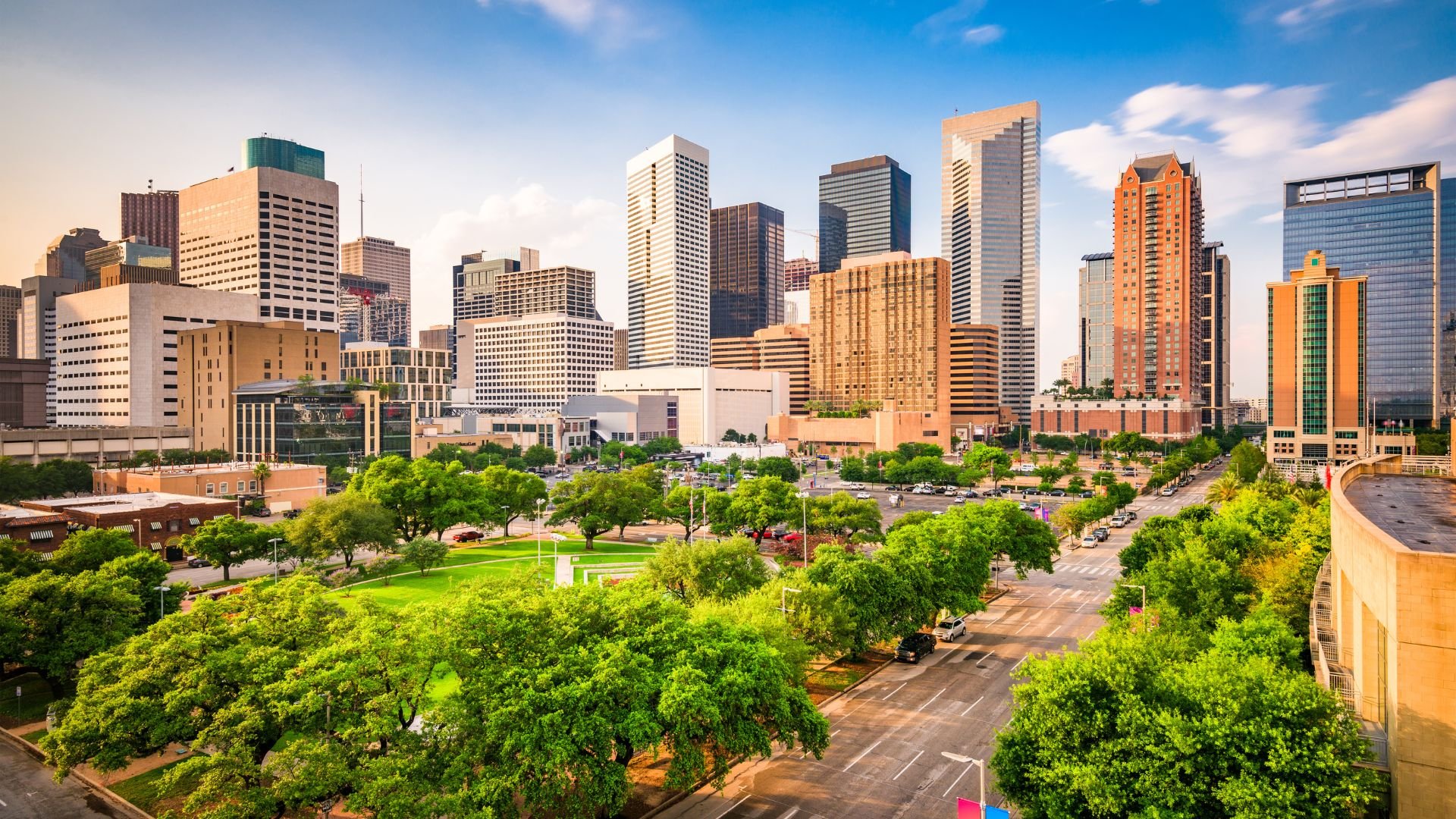 People forget that Houston is the fourth largest city in the country. While the overall cost of living in Houston is generally lower compared to other major cities in the country, there are some suburbs where home inspections can run more than $1,000.  River Oaks, Tanglewood, and Memorial are neighborhoods located in the "inner loop" of Houston, known for their large, luxurious homes and upscale amenities. The median home price in River Oaks is around $1.5 million, making it one of the most expensive areas in the city.


A few more resources for you

Awhile back, we published the average defects found on an average home inspection per state. You can get that list here. It's interesting to note that Washington is the most expensive state, and it's also found on this list.

If you're curious about taking a look at your own pricing, we made the ultimate home inspection pricing guide, and we don't just throw around the word "ultimate" around here.

Finally, here's some tips we're sharing on how home inspectors can win in a recession.

I listened to over 100 home inspector interviews, here's what I heard over and over.

How to Become a Home Inspector in New York

Here's the average price of a home inspection by zip code