What is a Home Inspector NOT Allowed to Do? 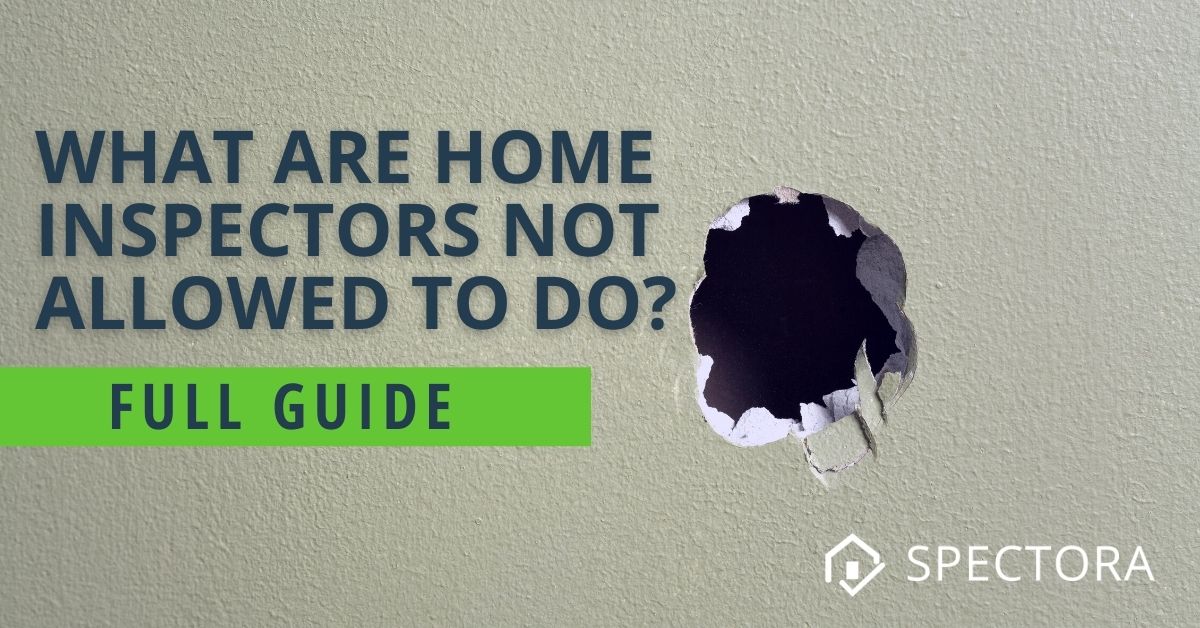 What is a home inspector not allowed to do?

Home inspectors are often put in difficult positions, being asked to weigh in on things outside of their scope. They may even be asked to do things that expose them to liability, often by homeowners or agents who simply want a small favor.

If you're a business owner, you probably want to go the extra mile to make your clients happy.

But knowing the boundaries of your legal, ethical, and professional obligations can help you explain why you shouldn't do certain things.

The list of things a homeowner can't do is fluid and often fiercely debated. That's because there are many gray areas where nothing is illegal, but it carries risk.

Veteran inspectors often can read a situation and size up how risky it is to say, comment on a stairway's compliance with local building codes.

But when you're not sure or just starting out as a home inspector, it's always smart to fall back on these rules and be able to explain them.

Home Inspectors should never refer repairs to themselves or a company they own.

Home inspectors should not offer to fix defects they find in a home inspection.

First off, your business should not have a branch that does home repairs or renovations. Having a separate business offering these services is more of a gray area, but still generally frowned upon.

"Besides being prohibited by most Association and State Code of Ethics, it would really blur the line of an unbiased inspection," says KC Bartley, a Tennessee-based Certified Master Inspector. "While most home inspectors are ethical, it would be easy to exaggerate an issue during the home inspection and quote a repair that may be able to be done at a better price and in a different manner by another qualified party."

If your home inspection business is a source of referrals to your HVAC business, you have the incentive to find or exaggerate defects in a homeowner's HVAC system.

Whether or not you do doesn't matter. The possibility alone will raise questions. Even if you disclose this conflict to a client, it may still be illegal and will always be dubious.

This is illegal in many states and can get your license revoked. In states where it's not explicitly illegal, it's likely frowned upon. It's against InterNACHI's code of ethics and can get you expelled.

Some inspection companies offer add-ons and testing services for things like radon and mold. This is more accepted because the requirements to test are often straightforward and the test itself is either a pass or fail. In these cases, you still want to disclose and give your client alternative companies to refer to. This is a gray area.

Home Inspectors can't cause damage to a home in order to inspect it.

Home inspections should, hypothetically, be almost entirely visual and always non-invasive. Doing any sort of demolition such as pulling up carpet may allow you to do a more thorough inspection but could land you in a lot of hot water with the owner or realtor.

Liability. This is also against InterNACHI's code of ethics and can result in your license being revoked.

There are rarely cases when you cannot complete a home inspection without damaging the home. If it does occur note it in your inspection. It's up to the homeowner to provide you with the appropriate access, even if that means them hiring a contractor to do an "exploratory demo" to get a better look at a system.

If an area of a home has an immediate safety hazard likely to cause harm to you or anyone else, don't inspect it. The most common example is inclement weather preventing access to a certain area of a home, like an icy roof. More extreme examples are if you come across dangerous wiring or major structural damage during your inspection that went previously unnoticed. These are known as "emergent" hazards. You can inspect the rest of the home if it's safe to do so,  but not that particular area.

Obviously, it's not safe. It could also leave your business open to liability if someone is hurt.

In minor cases, make a note on your report about the area you couldn't access and why. You may be able to return later and complete it. For major safety hazards, you need to immediately inform the homeowner. You may also need to inform the agent and anyone else planning to be in the home for the purposes of the sale. This falls under what InterNACHI calls the "duty to warn" and is an exception to the normally protected confidentiality of a home inspection. Note that various states may have their own laws in this area too, so study up on yours.

No, but take care not to get too tenacious. Many things in a home can be unsafe in the future (such as mold), but this rule is reserved for things presenting an immediate safety hazard that you judge could result in physical harm.

Home Inspectors shouldn't speculate on hazards that must be tested for.

Mold, lead, asbestos, and radon. These are things with very clear processes to establish if they're in a home and at unsafe levels. Home inspectors may speculate about these things when they see the age, style, or location of a home. But they should be encouraging homeowners to get environmental testing.

Liability. Hazardous materials are expensive to remove and dangerous to leave in a home. Don't put yourself in a position where you're taking the place of a scientist.

Tell the truth! The EPA sets specific limits on how to determine the presence of hazardous material. While certain homes can be more or less likely to have these materials, only a lab can make that determination. Every good home inspector should have a testing company handy for these kinds of referrals.

Mold is one of the few hazardous materials that can be established visually. Many homes have mold in them but don't require professional remediation. But if you find a large mass of black mold behind the washing machine, you're probably in the clear to say a home has mold issues. 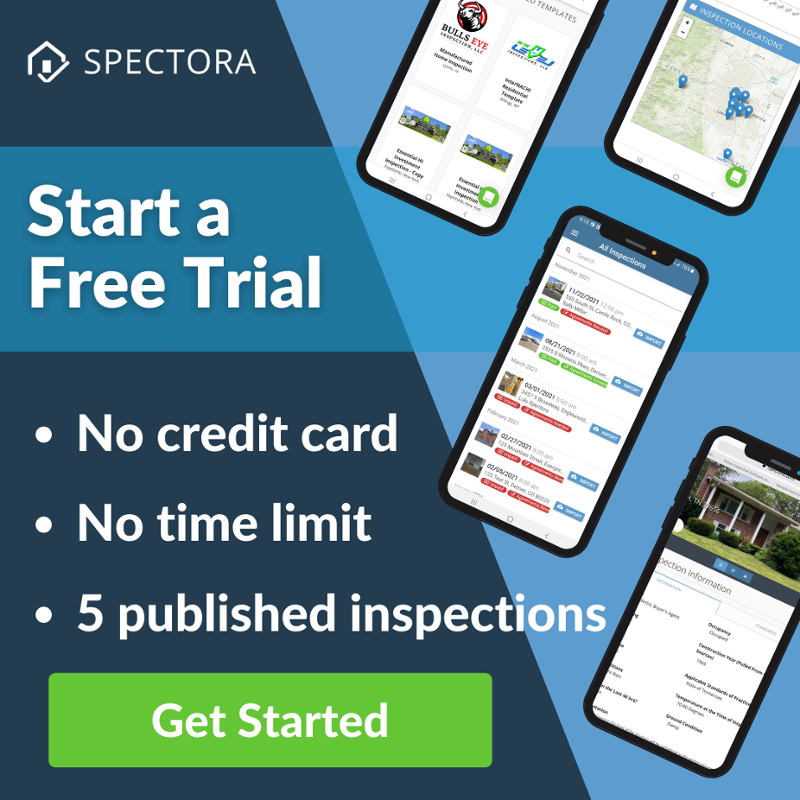 Nervous homeowners will often ask home inspectors how this or that could affect their sale. With hundreds of thousands of dollars on the line, it's understandable. What's worse, you probably could give them an educated answer if you've been inspecting for a while. But don't. These impromptu responses can get back to the real estate agent and complicate a sale.

This one probably won't get you fined or sued, but it may annoy your agent enough that you won't get a call from them next time. Remember, they don't get in your lane. Stay out of theirs.

It's ok to shrug and tell a homeowner that if you knew much about evaluating home values, you'd be selling them and not inspecting them. Most people will respect you for wanting to stay in your lane. Remember that homeowners are often anxious about the inspection and its impact on the home price. They may read into anything that you say.

Obviously if a home has a litany of serious issues, playing dumb might not be the best route. Other than that, steer clear of speculation!

You're there to evaluate the current state of the home, not predict how much longer an appliance or structure has before it needs to be replaced. When you note items as old, worn, or possibly needing replacement, avoid giving strict time estimates.

Liability. If you speculate that a water heater has a few more years left in it, and it fails the following month, you could find yourself in hot water. This could expose your business to liability, particularly if you put it in writing.

Another case of telling the truth. It's simply not possible to know when equipment will fail, and you should tell the homeowner or agent as much. If something is worth replacing, it's worth replacing as soon as possible.

"I personally state that the remaining lifespan of the system is undeterminable and could last from weeks to years, and major repairs or replacement of the system should be anticipated," Bartley says.

None that we can think of. Leave a comment below if we're missing something.

There are hundreds of building codes per state and hundreds more local and federal codes. Home inspectors aren't required to know any of them, even if they often do. This is a case where trying to sound smart could land you in trouble. Typically, only a government official can determine compliance, and they are also able to issue fines. These officials are rarely involved in real estate transactions, which is why most homes are bought and sold despite having some minor violations of a building code.

Liability and drawing the ire of your agent. Nothing makes a real estate transaction less appealing than the thought of having to involve the local city government. In reality, that's unlikely to happen, so don't go keeping people up at night wondering if their pool lighting is six feet away from the pool.

Assure homeowners that codes are updated frequently, and most homes have some code issues that are no fault of the owner. You can also assure them that code violations don't always need to be fixed or reported to a local government. Otherwise, no homes would ever be sold!

We get that some inspectors are simply more experienced and may be comfortable talking about code compliance informally. Just know anything you put on a report is something you should be prepared to stand behind.

Do you have some real-world examples to share? Give us some stories about being caught in tough positions in the comments below. You might also want to think about checking out Spectora. Our software is the most well-reviewed in the industry, and we've vaulted many inspectors from their first year to being multimillion dollar companies.  Our software is designed to help you avoid many of these liability traps, because our reports focus on the key systems of a home without

How to Become a Home Inspector in Texas

How to Become a Home Inspector in Florida